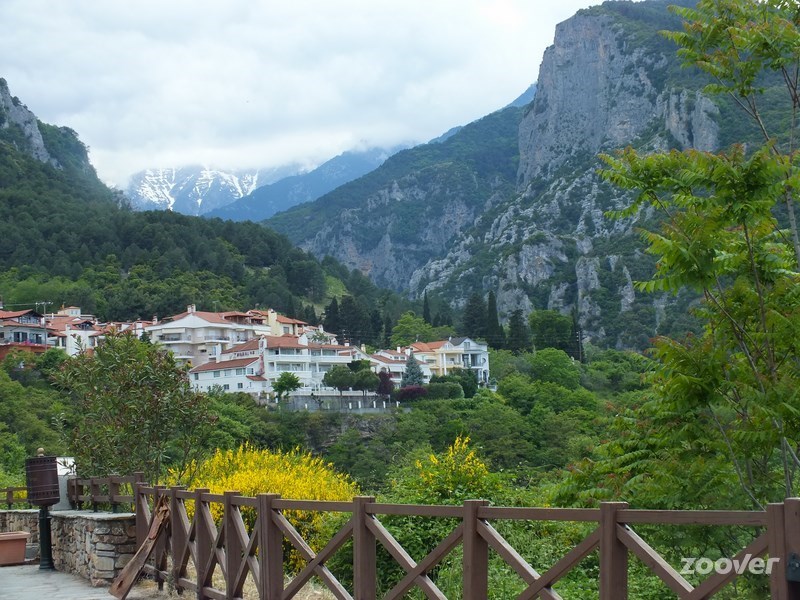 Litochoro is a town and a former municipality in the southern part of the Pieria regional unit, Greece. Since the 2011 local government reform it has been part of the Dio-Olympos municipality, of which it is the seat and a municipal unit. It is located at the base of Mount Olympus, on the western shore of the Thermaic Gulf. The first recorded mention of Litochoro is in an account of a visit by Saint Dionysius (Greek: Άγιος Διονύσιος) to Mount Olympus in the 16th century. The town is a popular destination for those wishing to climb Mount Olympus as almost all climbing routes begin to the southwest of the town.