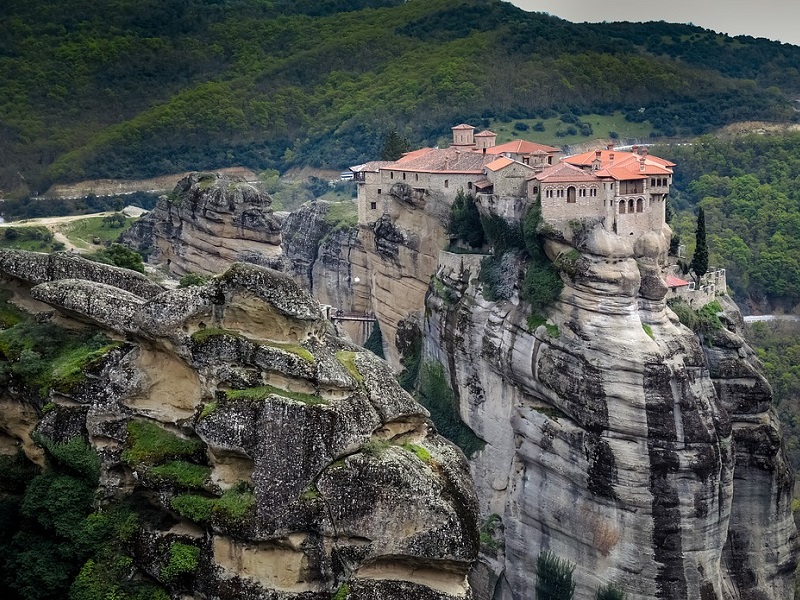 Meteora is a mountain range , formed by enormous sandstone rocks , that rise above a small town of Kalambaka, near the first hills of Pindos and Hasias. Meteora monasteries , some of them build on the tops of the peaks, are today’s second most important monastic complex in Greece, after the Holy Mountain (Athos). Out of 30 monasteries that originally existed, only 7 are still in function, which , starting from 1988, are included in the Unesco’s list of World’s Cultural Heritage.