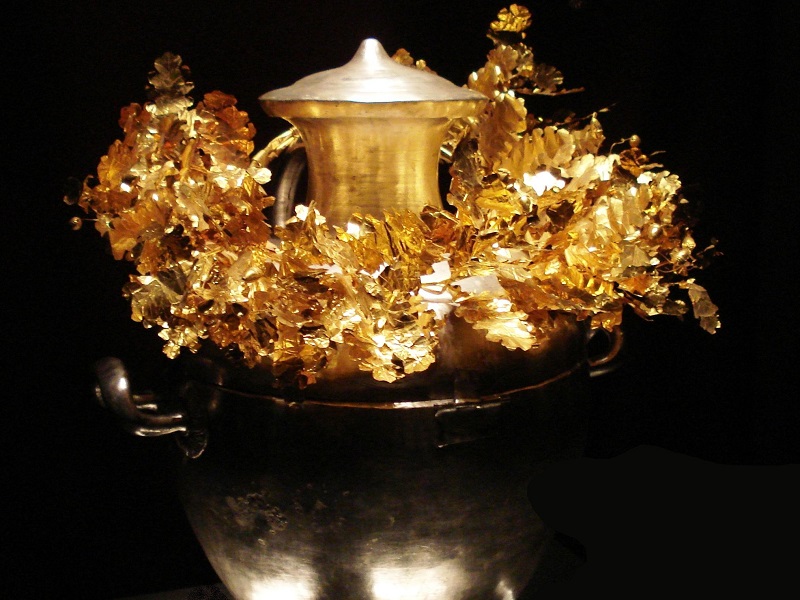 Vergina is a small town in Macedonia , in the county of Emathia, which is  administratively subjected to the district of Central Macedonia.It is situated 13km southeast of the city of Veroia , county’s capital, and about 80km southwest from Thessaloniki. The town has approximately 2000 inhabitants, and lies in the valley of the Pierian mountains , 120m above the sea level. The present location is on the place of ancient Aiga, capital of the ancient state of Macedonia, and it became known world-wide in 1977, when the excavation took place  led by Aristotelion University and professor Manolis Andronikos  who was in charge , together with many of his cooperators. They discovered the places of burial of macedonian kings, and between other tombs also one that(according to the arguments Andronikos presented at that time), belonged to the king Philip II, father of Alexander the Great. All these discoveries confirmed also the location of the ancient city of Aiga , which was the first capital of macedonian kingdom.